Ajay Mehta, SMI Coated Products: The will to grow, even in adversity!

Evolving from a business doing lamination jobs for sheet-fed offset printers founded in 1961, SMI Coated Products Pvt Ltd developed into one of India’s leading labelstock manufacturing companies. Harveer Sahni talked to the company owner about the reasons for this strategic realignment, referring to some particular conditions of the Indian label market.

SMI: It was the will to grow, even in adversity!

The beginings: Om Prakash Mehta living in Kolkata was consistently pensive in his thoughts and wondering what future had in store for him. In the mid 1960s the Naxalite movement in West Bengal had picked up and their ruthless activities were a cause of worry. He had already suffered once in his life in 1947, due to partition of India. He hailed from Multan now in Pakistan where he worked in the import-Export department of a multinational company and his wife’s family came from Rawalpindi. Like most Punjabi families living there that time, they lost it all and became refugees in their own homeland India. He had initially moved to Delhi and then settled in Kolkata.  In 1956 Om Prakash started his own trading business by importing cosmetics and watches but due to cumbersome and restrictive licensing procedures prevailing at that time, he left that business. In 1960 he started to make 3D photos that were quite a novelty those days and also indulged in making gift items.  A year down he saw potential in print lamination business as glossy posters and catalogues became very important tool for selling. In 1961 he started his print lamination business doing lamination jobs for sheet-fed offset printers. The same year he was blessed with a son, he already had three daughters. Life had just become stable and peaceful when in the latter half of 1960s the Naxalites in that area started to spread terror. It was a difficult period, each day was more challenging than the previous one. The Naxals became extremely active and bold, so much so that they had terrorists sitting in the verandah of Mehta’s home in Kolkata making bombs. With three daughters and a little son each day was a new threat for Om Prakash Mehta. One day in 1970, a Naxal while making a bomb suffered a blast and pieces of his hand landed in his house. That was it! The decision was taken in that terrifying moment and like a true Punjabi the bold decision was taken to leave all and move to a safer haven, where the safety of his family was guaranteed. He decided to relocate in Mumbai (Known as Bombay in those days). With a heavy heart and empty pockets Om Prakash Mehta, his wife, three daughters and his son Ajay left for Mumbai. It was like partition time all over again! His son Ajay Mehta who is the present Managing Director of India’s leading Indian labelstock manufacturing company SMI Coated Products Private Limited was only 10 years old. Ajay still remembers the events unfolding at that tender age and is proud to say his father was very brave man and had the will to move on and grow even in adversity! 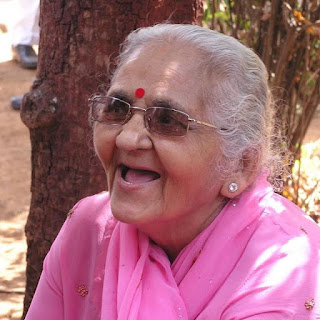 Once in Mumbai Om Prakash Mehta started his enterprise SM Plastic Industries , named after his wife Shakuntala Mehta, at a rented premise in Nargis Compound, JB Nagar, Andheri doing the same print lamination business that he was doing in Kolkata. Initially it was a very difficult time and one of the first deals he remembers is that when he got a very big lead by through Ajanta Printarts. They asked him to approach their biggest competitor and tell them Ajanta’s lamination job was done by S M Plastic Industries, the gimmick worked! He got the order and was soon doing jobs for printers across the nation. The customer base grew and in 1977 he bought his own place in Shiv Shakti Industrial Estate and moved his operations there in 1982. In the following 3-4 years the sheet lamination business started to get localized and bigger printers preferred to do it in-house. In 1983 Ajay Mehta had completed his studies and joined his fathers’ business. Ajay Mehta, as is expected of young persons, was restless and wanted to do other things and grow faster. He wished to move on.

Leaving the print lamination business in hands of loyal workers , who till this day run the business themselves with support from Ajay, he moved on to establish in another enterprise in 1987 doing fabric to fabric lamination like silk to flannel or cotton to cotton for shoe uppers using EVA for bonding. He developed triple fabric laminates for shoes, bags and accessories. In his typical joking way Ajay laughs it out saying, “The products were very good and gave long life to the products they were used in. As a result of this in just one and a half year we were without any orders”. Even though they were supplying their products to many big names in the industry yet the orders dried up because the end products would last too long and the repeat orders just went missing. In 1991-92 Mehtas decided to quit the fabric lamination business, they sold the equipment and it was time again to start afresh in another line. 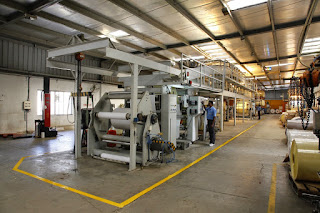 This time in 1993 they setup their labelstock manufacturing facilty SM Industries in a 750 square meter unit at Daman with the help of a 20 inch width coater laminator running at just 15 meters per minute. The location was chosen because Mumbai was too expensive and moreover there were tax incentives available at Daman. It was a difficult job to run that unit initially because road conditions were bad. When the thought came to Ajay to also indulge in printing, his father would not allow forward integration because he envisioned that they have not to compete with customers. A lot of hard work went into making the unit a success. They initially made only sheeted materials. In 1996-97 Ajay noticed that the bigger game was in roll form and spent two years perfecting quality, tension control, slitting, etc and in 1998-1999 they acquired a 40inch coater and started to offer labelstocks in roll form. Thereafter there was no looking back. A year later they acquired a 20 inch used hot melt adhesive coater laminator which they replaced with a new 40 inch Hotmelt coater in 2004. In 2008 from their 750 square meter factory in Daman they moved to a 15000 square meter plot with 50000 square feet covered area factory in Ambernath, near Mumbai. All this while SMI, as they are now known, were out sourcing their silicone release liners. In 2009 they started their own siliconising operations. Presently SMI has three coaters, two one meter width coaters for emulsion adhesive coating and one coater also of one meter width for hot melt adhesive coating. They have a workforce of 170 persons and have sold their products in 22 countries. Getting into exports was exciting, 50% of their sales now come from exports, all the same Ajay says, “Life has been a constant struggle and he has endeavored consistently to improve quality and systems to achieve all this” He looks back and says, “I enjoyed the adversity, it was good learning”. He attributes his success initially to his father’s efforts and then support from his wife Swati but now it is all the success due to the team created at SMI. 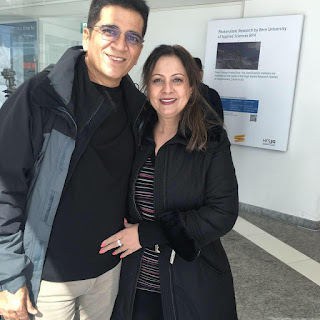 Ajay Mehta did his initial schooling at St. Lawrence School Kolkata and later at St. Teresa High School, Bandra, Mumbai. He then completed his B.Sc (Chemistry) from Mithibai College, Mumbai and it was during this period that he met his lady love, Swati whom he married in 1984 after a five year courtship. Even now three decades later when they are together you can you can see the twinkle in their eyes and Swati blushing as well ! They are blessed with two children, a daughter Nikita and son Rohit. Nikita is a 3rd year student at the university in Mumbai and is interested in performing arts rather than business. She is a very talented girl, at last LMAI conference in GOA the Indian label industry was pleasantly surprised to see Nikita sing so well onstage. I have been told she has interest in dancing as well. Ajay’s son Rohit, in true Punjabi tradition joined his father’s business in 2008 after completing his MBA in Human Resources and Marketing. As a director in SMI he takes care of functions relating to marketing, brand image, systems and administration. Ajay is proud of his son and feels that in some time when Rohit is firmly in control, Ajay wishes to take a sabbatical of maybe three years and tour around the world visiting exciting destinations and meeting exotic people. I asked Ajay to relate an interesting episode from his school and college time and what came out was very interesting. The first and earliest thing that he learned outside studies was very typical of a Punjabi, “how to curse and say…!” I will leave it at that and let readers imagine it or ask Ajay themselves. Second thing that he told me is that his lecturer in college told him, “you never attend lectures, you will fail” and Ajay had replied, “I will never fail!” Ajay eventually passed securing 71% marks and an amazed lecturer commented, “If you had attended, you would have got more.” To which Ajay replied, “On the contrary it is the other way around!!!”

SMI has in recent times grown in stature and has won the prestigious entrepreneurship award for exports from Government of Maharashtra for three years in a row, they were awarded for being one of the top 100 SMEs at the national level, selected from about 63800 contestants and they were also awarded being one of the Bank Of India SME small giants, selected from amongst 16000 contestants.  They have also been commended by PICA Australia for being the supplier to award winning printers. Ajay aspires that his company would continue to upgrade in quality and continue to attain global recognition. As a responsible industrialist he feels that environment also needs to considered and protected in their initiatives to grow and prosper. He feels they are in an industry that generates a lot of waste so it becomes their responsibility as industry leaders to find ways to recycle and dispose waste in an environmentally friendly manner. He is not averse to making investments in waste management reiterating his commitment to the environment.

Ajay does worry about the depleting margins in the labelstock and for that matter in the labels industry. However economies of scale and better manufacturing practices have kept SMI growing at a steady pace. Ajay Mehta is sure, if his company keeps growing at the present rate, it will be twice its size in five years even though he wishes and will endeavor for more. He asserts that he has never seen threats as a deterrent; in fact he learnt from them and remained focused on his products and their growth. He was committed to his goal and had ‘the will to grow, even in adversity!”

Posted by https://harveersahni.blogspot.com at 7:39 AM

Any Graphics; adding value and aesthetics